Skip to menu Skip to content Skip to footer

Fairfax, VA:  The World Innovation, Technology and Services Alliance (WITSA) on May 16th signed a global industry statement calling on WTO Information Technology Agreement (ITA) member countries to launch a new round of negotiations to expand its product coverage (ITA-3).

The ITA, implemented in 1996 and expanded in 2016, has played a pivotal role in growing the global economy and bridging the digital divide. By eliminating tariffs on hundreds of high-tech goods and components, from semiconductors to smartphones, the ITA makes transformational technology products more affordable and accessible, while spurring productivity, innovation, and economic growth in both developing and developed economies. To date, 82 WTO members are signatories of the ITA, and 54 are signatories of ITA Expansion (ITA-E/ITA-2). WITSA had been a long supporter of the ITA and ITA-2, as established in its Statement of Policy on International Trade in ICT Goods and Services. In 2017, WITSA signed on to a multi-association trade letter, calling on non-signatories to join this pioneering agreement and asking members in those countries to encourage participation. That statement turned out to be a powerful advocacy tool and we appreciate members support in reaching out to their respective governments.

However, as technology continues to transform society and industry in ever new sectors, there is now a need to take another fresh look at the ITA and another expansion of covered products (ITA-3).

An ITA-3 would bring a number of emerging technologies driving the global digital economy under ITA coverage, further bridge the digital divide, give a bigger window to the world for students learning remotely, better facilitate remote working and reduced carbon emissions, provide new tools to address climate change, and promote better remote healthcare solutions and save lives. And it would give another strong boost to economic growth. By one estimate, an additional significant expansion of the ITA would add nearly $800 billion to the global GDP over 10-years.

The ITA-1 and its 2015 expansion, or ITA-2, have increased employment, put innovative and affordable tech products in the hands of consumers, empowered workers, driven the digital economy, played a catalytic role in developing global value chains, boosted economic growth around the world, and bridged communities across the globe in ways unimagined when the original agreement was launched 25 years ago. More immediately, technologies covered by the ITA have enabled the world to better weather global lockdowns by facilitating remote working and learning in ways that could not have been imagined when ITA-1 was being negotiated, and by increasing access to vital goods needed to battle the COVID-19 pandemic, including the rapid development of mRNA vaccines. Another round of ITA product expansion, coupled with expansion of geographic scope of the agreement would yield immediate and sweeping benefits, removing tariffs on a vast array of tech products not currently covered and spreading the benefits of digital innovation around the world to developing and developed economies alike.

While ITA-2 captured an impressive $1.3 trillion in tech trade, there have been major advances in ICT technology since 2015.  More than seven years have passed since the ITA-2 was achieved and not a single product has been added to the agreement even though the ICT sector is bursting with innovation and demand for digital technologies is growing exponentially. A letter is now being drafted, calling on ITA members to support launching another ambitious new round of negotiations to further expand this critically important agreement and carry forward the robust momentum produced by the original ITA and its 2015 expansion. An ITA-3 would give a strong boost the World Trade Organization, generate enormous benefits to workers across the world, support the global environment, bring more developing countries into the digital supply chain, and promote global prosperity. 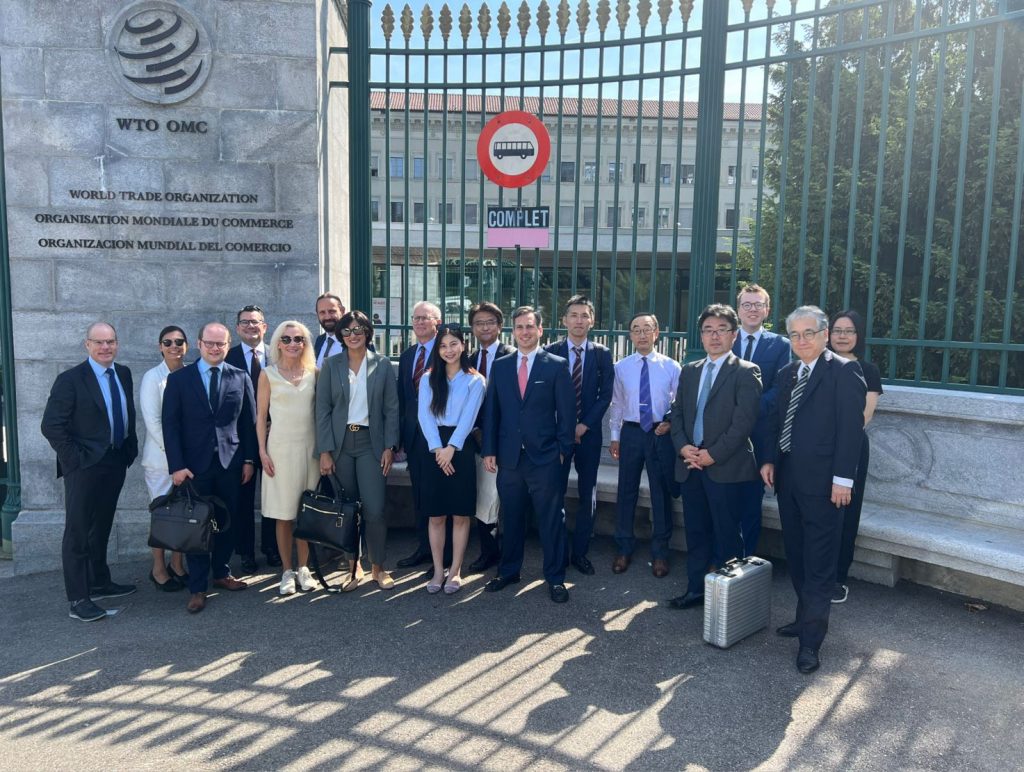 Several associations and companies traveled to Geneva to present the global industry statement to the WTO and trade missions on May 16, 2022. As part of the visit, the delegation met with WTO Director-General Ngozi Okonjo-Iweala, Deputy Directors-General Angela Paolini ELLARD, ITA Committee Secretariat Dr Xiaodong Wang, and numerous Ambassadors from countries with missions in Geneva, including Amb. Pagan of the US, Amb. Stephen de Boer of Canada, Amb. Yamazaki of Japan, Amb. Manuel Teehankee of the Philippines, Amb. Lee of South Korea, and Amb. Lo of Chinese Taipei. During the meetings, the group presented the global industry statement signed by more than 40 associations from around the world — from Bangladesh to Bahrain and representing millions of workers — urging ITA members to launch another ambitious new round of ITA expansion negotiations (or ITA-3) to significantly expand product coverage of the agreement.

The global industry statement is available on the WITSA web site.

The World Innovation, Technology and Services Alliance (WITSA) is the leading recognized international voice of the global digital technology industry, whose members from over 80 countries and economies represent more than 90 percent of the world tech market. WITSA is dedicated to advocating policies that advance industry growth and development; facilitating international trade and investment in digital technology products and services; strengthening WITSA’s national industry associations; and providing members with a broad network of professional contacts.

WITSA members are leaders in a globally interconnected marketplace. Because the challenges facing the digital technology industry are undisputedly global in nature, WITSA members work together to achieve a shared vision on important issues of common interest. WITSA makes it possible for its members – ranging from Mongolia and Argentina to Kenya and the United States – to identify common issues and priorities, exchange valuable information, and present a united position on industry issues. For more information on WITSA, please visit https://witsa.org/.